Our email this month is going to be different. I’ve had a lot of trouble getting the photography done, and figuring out what to write. I am sad, troubled, angry and uncertain. Rather than do my regular posed-plant photos, I have taken some photos of sections of the nursery, and rather than write humorous descriptions of the plants I am including info on organizations and candidates we have donated to recently.

The systemic racism, the broken justice system in this country in the middle of a global pandemic, the complete breakdown of our national government, the police riots and violence directed at peaceful protestors (there are looters, I am not talking about the looters) has brought us to such a strange and perilous time.
#blacklivesmatter

I personally believe that the police should be defunded and reconstituted as something else, something less powerful and less violent. When individuals with guns patrol the streets, when those patroling the community also have the power to arrest, when people are being arrested for peaceful protest and for journalism, when the police have the power to arrest without law, when bail can keep thousands in prison without trial, when police can be used to clear public spaces so the president can have a photo op, then it is time to
#abolishthepolice

Rolling Stone: “But police are not a permanent fixture in society. While law enforcers have existed in one form or another for centuries, the modern police have their roots in the relatively recent rise of modern property relations 200 years ago, and the “disorderly conduct” of the urban poor. Like every structure we’ve known all our lives, it seems that the policing paradigm is inescapable and everlasting, and the only thing keeping us from the precipice of a dystopic Wild West scenario. It’s not. Rather than be scared of our impending Road Warrior future, check out just a few of the practicable, real-world alternatives to the modern system known as policing”

Our 2 stores are open, our current pandemic-based hours for both stores is:

We require masks in our stores and social distancing at all times.

We are still doing free local deliveries near our 2 stores. Our online store is here. We are delivering plants, gifts, soils, veggie starts, even fabric masks while they last. Soils are back in stock. More items are being added to the website all the time. 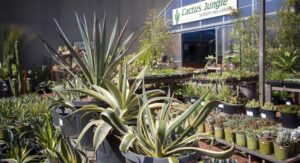 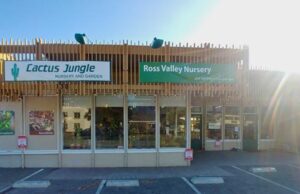 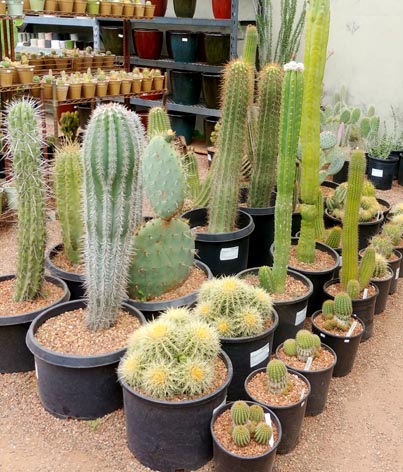 Large group of cactus, including Echinopsis, Echinocactus, Cleistocactus and more!

Vote Save America, adopt a state program, where they will help you choose a state to focus on and canvas in the coming months. I chose Michigan, where I went to college. 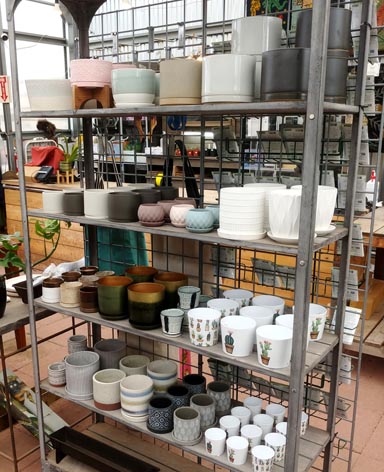 It’s the indoor pots, many new ones right there, and more have arrived since I took the photo – that’s a lot of indoor pots.

NAACP Legal Defense Fund is fighting for equal justice, and also provides bail fund links. “Through litigation, advocacy, and public education, LDF seeks structural changes to expand democracy, eliminate disparities, and achieve racial justice in a society that fulfills the promise of equality for all Americans.” 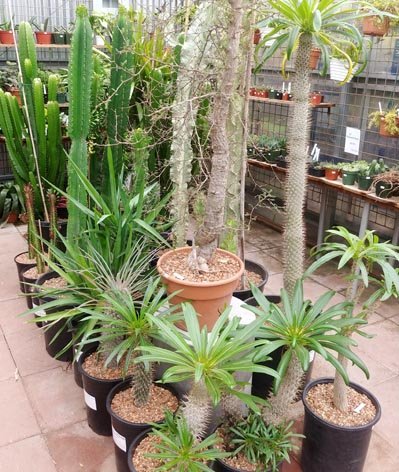 Indoor we have the Pachypodiums and the Euphorbias, alongside the houseplants.

The Transgender Gender-Variant Intersex Justice Project (TGIJP) is a Black-led San Francisco-based organization that supports trans women of color in the prison system and after release. 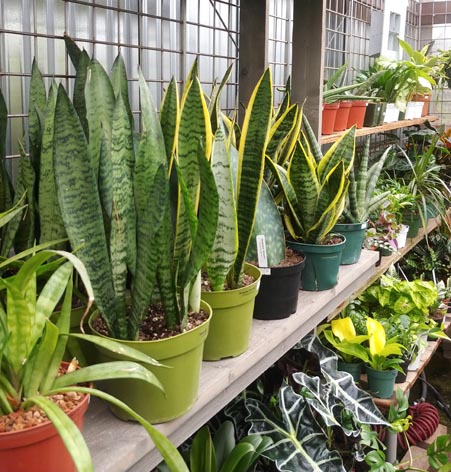 We have a lot of Sansevierias right now, also known as Snake Plants, not to mention Mother-in-Laws Tongue.

Jamaal Bowman is running in the New York Primary June 23. “Jamaal Bowman, a black former middle-school principal, dedicated to fostering equity in education and housing, above and beyond more familiar progressive objectives like rapid decarbonization and universal, single-payer healthcare. Like AOC before him, he faces a well financed incumbent—House Foreign Affairs Chairman Elliott Engel—who’s been conspicuously absent”

It’s the Organic Veggie Starts and we still have a lot for you to fill out your organic veggie garden. Need some beans? We have them. What about another tomato plant. Yes.

The SF Bay Area National Lawyers Guild has been providing invaluable help and legal support to protesters throughout the Bay Area. They also keep track of local Bail Funds you can donate to. 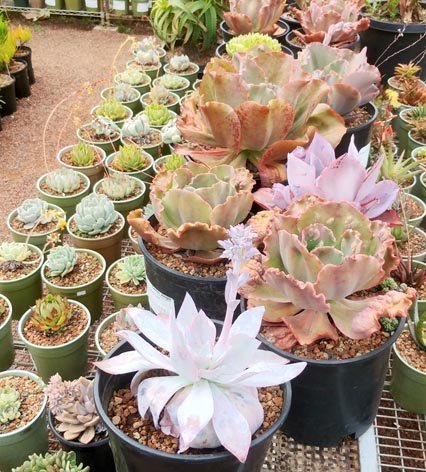 Some nice Echeverias there. 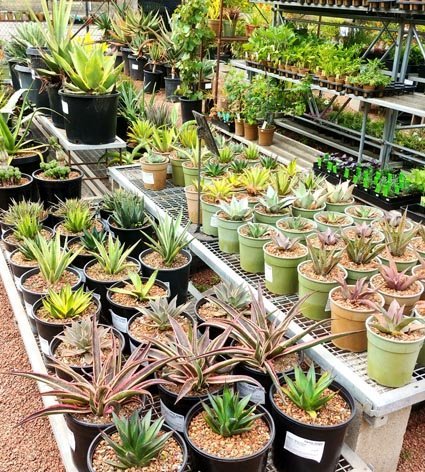 A lot of Agaves and Mangaves there for you, many sizes.

Candace Valenzuela is heading for the Texas Runoff July 14. “But perhaps more than any other race in the country, Candace Valenzuela, a middle class Afro-Latina mother of two young kids, has a chance to become the face of a new progressive Democratic majority elected in the suburbs. Valenzuela was housing insecure growing up and speaks openly about her experiences with homelessness.” 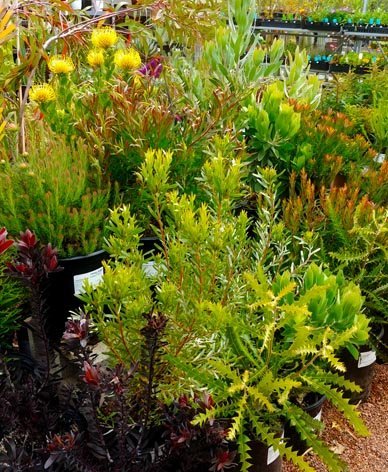 Fair Fight is Stacey Abrams organization working to make sure everyone can vote. “Voter suppression of voters of color and young voters is a scourge our country faces in states across the nation.” 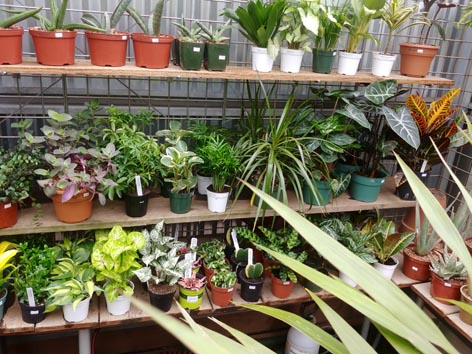 Houseplants have been very popular. These are nice.

The Southern Poverty Law Center is a critical piece of the long term fight for racial justice in this country. They also have very strong dedication to LGBTQ+ and Immigrants rights.

Thank you for listening.
Peter and Hap 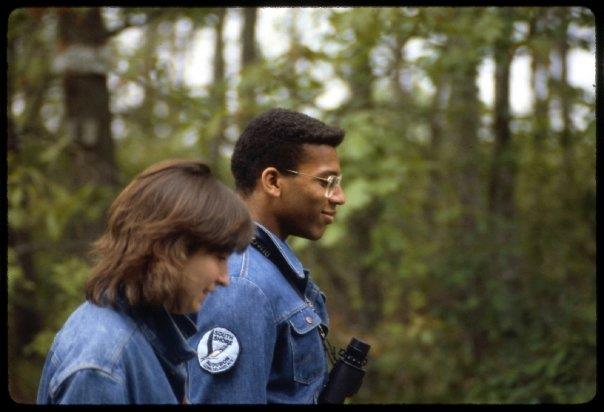 This is a photo of Christian Cooper (recently in the news being threatened for birding-while-black in Central Park) and my sister Caroline (who we lost 15 years ago now) bird-watching on Cape Cod, photo from their friend group on facebook. Photo: Loren Brandford

Our only long-standing rule in our store is if you bring your dog you have to have them on a leash. Please leash your dogs.

The Los Angeles Police Commission held a public Zoom call on Tuesday which included Chief Michael Moore, whose remarks this week that unarmed black man George Floyd’s death was on the hands of L.A. looters as much as on the officers prompted calls for his resignation.

Citizens had quite a bit to say to Moore, including a man named Jeremy Frisch, whose call-in has gone viral for getting every single thing he wanted to say in under the 30-second mark.

Said Frisch: “Black lives matter. Defund the police. I find it disgusting that the LAPD is slaughtering peaceful protestors on the street. I had two friends go to the protest in Beverly Hills a couple days ago and the protestors were peaceful until the police showed up with their excessive, violent force shooting rubber bullets and throwing tear gas. Is this what you think of, protecting and serving? Because I think it’s bullst. Fk you Michael Moore. I refuse to call you an officer or a chief because you don’t deserve those titles. You are a disgrace. Suck my dk and choke on it. I yield my time. Fk you.”