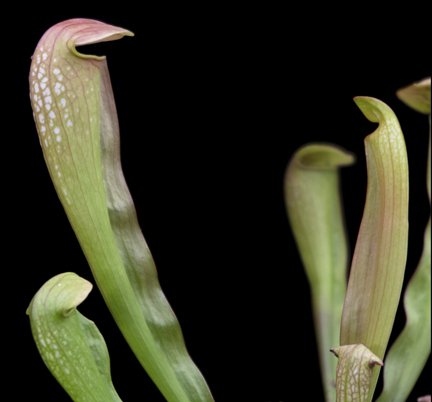 Subject: Re: April New Plants
From: Les
To: Cactus Jungle

Sent from my iPhone

Les,
It’s been brought into our collection as a Hybrid. It may have also been a common name for S. minor, but we are referring to:

“The name Bug Bat was coined about 2005 by David Crump alluding to the shape of the pitchers resemblance to baseball bats, and then associated with catching bugs.”