This Mammillaria has a lot of blooms. More than is usual, since usually there is a single row of blooms open at any one time, with additional rows along the crown ready to bloom later. 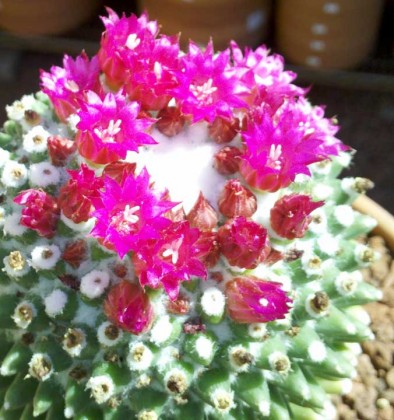 I don’t know the species – any guesses? It has pronounced tubercles, and very bright pink flowers. A little bit of woolly between the tubercles and at the crown. That should be enough to ID it.